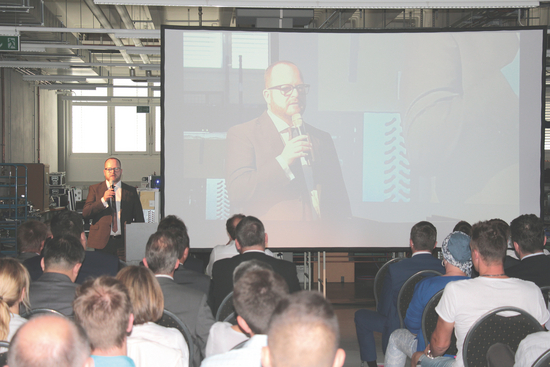 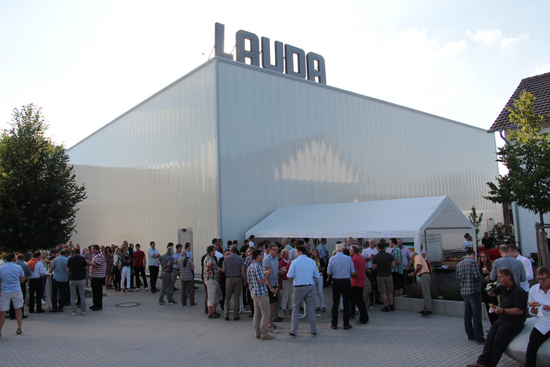 A reason to celebrate – after the official opening of the LAUDA Academy all employees were invited to a summer barbecue on the company premises.

True to the motto of "lifelong learning", the new LAUDA Academy was officially opened in July as part of the annual World Jour Fixe together with the business managers of LAUDA’s twelve foreign subsidiaries and the management and employees of our headquarters in Lauda-Königshofen. In addition to in-house training and customer training, core elements of LAUDA’s new field of activity are cooperation and networking with colleges, universities, associations and other institutions, as well as further exploration of topics such as health, nutrition and work-life balance. "The LAUDA Academy will prepare us to meet future challenges and support us in recognizing your potential," said Dr. Gunther Wobser, managing director of LAUDA – which celebrated its 60-year company anniversary last year – as well as the conceiver and initator for the company’s in-house academy. "The confidence that future issues will present us with more opportunity than uncertainty can only develop if these issues as well as proposed solutions are known," he emphasized in his opening speech. This will be the essential task of the academy, which the managing director also referred to as the cornerstone for future development.

Dr. Gunther Wobser named digitization as a particularly crucial challenge and task in general, and for LAUDA especially. "We live in a time in which digitalization, in particular is changing the world of work and business, reaching into all areas of business with increasingly rapid cycles of change," the managing director explained. This results in all our employees as well as our managers living in a field of tension between "normal terrain" and the challenge of being open to new and ever more rapid developments. There is no alternative to change. Even if this is not easy for some, everyone can manage it. "To do this, we require knowledge and skills," he stressed. The LAUDA Academy aims to not only prepare employees for the future, but also to make the company attractive to prospective employees and future applicants. Through this, the company also displays its intention to develop its role as a world market leader as well as its awareness of its responsibility for the region, emphasized Dr. Gunther Wobser. "The main thing now is to fill the academy with life," he pointed out. It is important to include all levels of the company, as far as possible. A taste of what might be offered under the roof of the LAUDA Academy was, firstly, an informative, exciting and entertainingly pointed lecture by Niels Pflaging, consultant and lecturer, on "Modern forms of organization in companies" and “The future of work". Secondly, a workshop developed together with the Jeunesses Musicales Germany, created a greater awareness and understanding of the interaction of voice and personality. Among other things, this workshop explored the art of self-presentation, for instance through expression and nuances of the voice – whether in discussions with colleagues or in team meetings, conversations with customers or during a presentation in front of an audience. Head of the LAUDA Academy is Matthias Mohr, who was already part of the extended management team at LAUDA as a project manager for LAUDA heating and cooling systems from 2002 to 2012, as well as being the deputy head of the business division of that sector from 2009 to 2012. In concept development and organization, he works closely together with Kirsten Schumacher, who has been working for the company for three years. They have both completed several training and advanced training courses in the fields of coaching, employee development and learning concepts, among others, and have worked extensively in these areas. "Expert knowledge acquired through training, study and professional experience is very often out of date after only a few years," says Matthias Mohr. In addition, organizations and world market leaders such as LAUDA in particular, have to respond and adapt to constantly changing customer requirements and market conditions ever faster and with ever more flexibility. "This is why individual further training and continued learning on the part of the employees is essential," Dr. Gunther Wobser and Matthias Mohr are convinced.