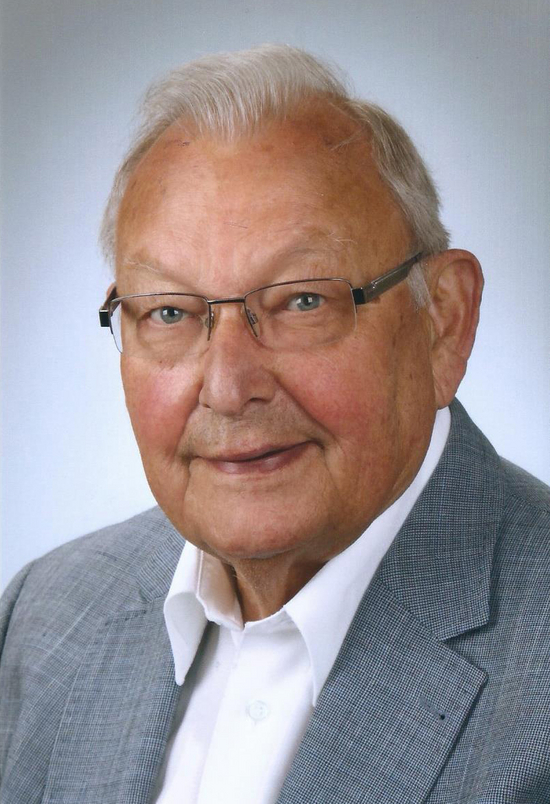 Karlheinz Wobser, who is widely known in the region as a former managing partner of LAUDA for many years and due to numerous honorary activities, will celebrate his 85th birthday today, Monday.

Karlheinz Wobser was born in Dresden on June 28, 1936, the first child of Dr. Rudolf Wobser and Dorothea Wobser, née Nitzki. In 1942, the year of the war, he was enrolled in school in Medingen, about 20 kilometers away, where his father had been given the task of setting up an apparatus department at the Medingen test equipment plant. On his way to school, which was about 1.5 kilometers long, Wobser often had to throw himself into the ditch to avoid low-flying air raids. The night of February 13, 1945, when Dresden sank into rubble, was a traumatic experience. In 1954, he graduated from the Dresden-Süd high school. From the fall of 1954, he studied mechanical engineering, specializing in precision mechanics, at the Technical University of Dresden. During a practical semester, Wobser learned practical skills at the Medingen testing equipment plant, among other places.

In May 1955, the parents decided to leave the GDR after the political pressure on the father became stronger and stronger. The Wobser family fled to West Berlin in August 1955, and a month later they flew to Frankfurt am Main. The family found accommodation for some time in Schwenningen am Neckar. Until March 1956, Karlheinz Wobser worked as a mechanic at the Wigo factory in Schwenningen, while the rest of the family had meanwhile moved to Burlafingen near Neu-Ulm. During this time, his father, who was searching for investors, a location and possible customers for his own company throughout Germany, found interest in the Lauda city council as well as the factory owners Erich Widmann and his friend Paul Hagspiel. On March 1, 1956, Messgeräte-Werk LAUDA DR. R. WOBSER KG was founded, which celebrated its 65th anniversary this year.

After his application for admission to the Federal Republic of Germany failed, Karlheinz Wobser was threatened with deportation back to the GDR. Fortunately, however, he obtained an identity card a few years later and thus Federal German citizenship. The previous uncertainties were, however, a major reason why Wobser did not resume his studies. Nevertheless, he played a decisive role in the establishment of his father's young measuring instrument factory LAUDA. As one of the first employees, he learned the theoretical and technical basics of refrigeration technology. The fact that LAUDA refrigeration circulators gained an excellent reputation worldwide in the following years is the decisive merit of Karlheinz Wobser.

In January 1957, Karlheinz Wobser met his future wife, Gudrun Schüssler from Tauberbischofsheim. Three children, Andrea (1962), Gabriele (1963) and Ulrike (1964), were born. In the meantime, all daughters have their own families with grown-up children. In addition, two of his daughters still work in the company today. Now, with a newly developed and revolutionary program for the young company, a steady upward development began, more and more employees were hired and construction phase followed construction phase. From 1957 to 1977, Wobser was the company's technical director. When the company founder, Dr. Rudolf Wobser, died on June 17, 1977 after a short, serious illness at the age of only 66, his two sons Karlheinz Wobser and Dr. Gerhard Wobser became managing partners of the LAUDA company. Karlheinz Wobser retired at the end of 2002. His nephew Dr. Gunther Wobser was appointed as the new managing partner, and today he is the third generation to lead the family business. Until 2010, he managed the company together with his father Dr. Gerhard Wobser, before the latter also retired after 39 years.

In addition to his career and family, Karlheinz Wobser's life has been marked by numerous honorary commitments. From 1985 to 2008, he was a member of the Board of Directors of Sparkasse Tauberfranken, from 1996 to 2004 he was an honorary commercial judge at the Chamber for Commercial Matters at Mosbach District Court, and for many years he was a member of the Assembly of Representatives of the AOK. In addition, he was a member of several clubs in Lauda and was a board member of both the Lauda Tennis Club and the Bauland Air Sports Club for many years. For several years he was a member of the golf club Glashofen-Neusaß near Walldürn. In addition to golfing, other hobbies of the jubilarian included traveling on river cruises, making music on the accordion and keyboard, maintaining his koi fish pond, boating on the lakes of Mecklenburg, especially with his four grandchildren, and painting, which he is now less and less able to do for health reasons.

Wobser followed the reconstruction of the Frauenkirche in his native city of Dresden with great interest and donated substantial contributions to the Friends, of which he is still a member. As a result, Wobser was also a guest at the inauguration ceremony of the Frauenkirche in Dresden in October 2005. "Despite all the adversities, I can describe my childhood in Medingen as a happy time, even if memories naturally transfigure some things," says Wobser, who for many years maintained contact not only with his old home, but also with his old school friends. "Live and let live," is what Wobser calls an essential motto that has accompanied him throughout his 85 years of life and has always been very important to him.