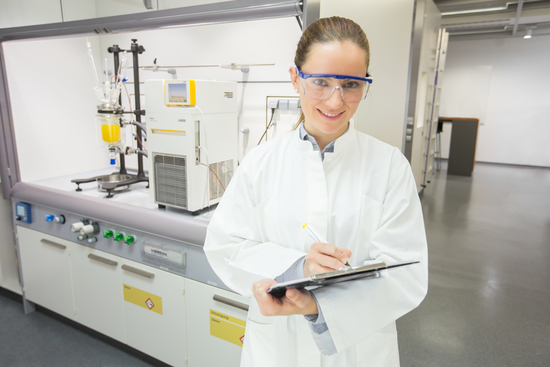 The new LAUDA PRO bath and circulation thermostats at the analytica 2016 in Munich – Discover the new benchmark for no-compromise temperature control.

This year at the 25th International Trade Fair for Laboratory Technology, Analysis and Biotechnology in Munich, global market leader LAUDA presented a host of new products and features for temperature control in laboratories and pilot plants. Over an area of 108 square meters in hall B2 / stand 502, LAUDA showed trade visitors innovative temperature control technology such as the new bath and circulation thermostats from the LAUDA PRO product line and the compact Ultracool Mini circulation chiller series. With the presentation of the new LAUDA Loop, a thermoelectric circulation thermostat based on energy-efficient Peltier technology, LAUDA has demonstrated its innovative strength and pioneering spirit in meeting the challenges faced in manufacturing the perfect temperature control solution. In hall A2 / stand 427, subsidiary LAUDA Scientific made its debut appearance at analytica with a separate exhibition stand. During the “analytica Live Lab Show”, daily live demonstrations on the subject of solution viscosity and polymer analysis emphasized the application spectrum and possibilities of the Measuring instruments.

As a general rule, customers only have to manage either internal or external applications in practice. In order to cover both application areas adequately, some compromises in the selection and arrangement of components are usually unavoidable. “This does not happen with the new LAUDA PRO product line because LAUDA focuses uncompromisingly on ensuring that the specific individual requirements of users are met with a high degree of flexibility in internal temperature control and high efficiency in external applications”, explains Dr. Gunther Wobser, President & CEO of LAUDA. Powerful bath thermostats for precision internal temperature control from -100 to 250 °C and efficient circulation thermostats for dynamic heating and cooling of external applications from -45 to 250 °C underscore the orientation of the LAUDA PRO product line to both applications. Three high-temperature and six low-temperature bath thermostats with different bath volumes of 10, 20 and 30 liters are available for internal temperature control. All devices guarantee a high level of temperature stability and homogeneity. One heating circulation thermostat and two cooling circulation thermostats offer impressive efficiency for external applications. Extremely low filling volume combined with a powerful vario flex pump facilitate dynamic temperature control with minimum energy consumption. A convenient operating concept and a display that rotates 360 degrees and can be detached allow the user to select between the “Base” and “Command Touch” variants. The LAUDA PRO is easy to operate at the push of a button on the “Base” operating unit. The user always has a clear overview of the most important parameters on the bright OLED display. Even more convenience is offered by the “Command Touch” operating unit, with its large, versatile color multi-touch screen.

LAUDA has developed the new Ultracool UC Mini compact process circulation chiller for cooling outputs between 2 and 5 kilowatts in industrial cooling applications. The size of the device has been reduced considerably compared to the established previous models. The square design and a lateral length of only 640 millimeters make the device easy and flexible to position. “Floor space costs money that users would rather spend on implementing their applications. We therefore always focus on optimizing the device geometry for industrial applications”, highlights Managing Director Dr. Marc Stricker. The UC 2, UC 3 and UC 4 variants of the process circulation chiller operate within a temperature range between -5 and 25 °C. The chiller can be operated safely and reliable at ambient temperatures of 0 to 50 °C. One completely new feature is the option of installing the circulation chiller outdoors at ambient temperatures of up to -15 °C.

One addition to the LAUDA product range is the new LAUDA Loop thermoelectric circulation thermostat based on Peltier technology, which generates temperature by passing a current through semiconductors. The LAUDA Loop is suitable for external applications with a temperature range of 5 to 50 °C. The user can set the device to heat or cool simply by reversing the polarity of the current direction. Measuring only 301 millimeters high and 146 millimeters wide, the new LAUDA Loop has a modern design and is extremely compact. The thermoelectric circulation thermostat was designed for controlling the temperature on refractometers, polarimeters and electrophoresis units as well as for the preparation of test specimens.

Precision and reliability for more than 60 years

Global market leader LAUDA considers the 25th analytica exhibition in Munich an important meeting point for representatives from the international laboratory technology, analysis and biotechnology industries. Founded 60 years ago in Lauda-Königshofen, the global company now operates twelve overseas subsidiaries and is a recognized pioneer in the branch of temperature control technology.