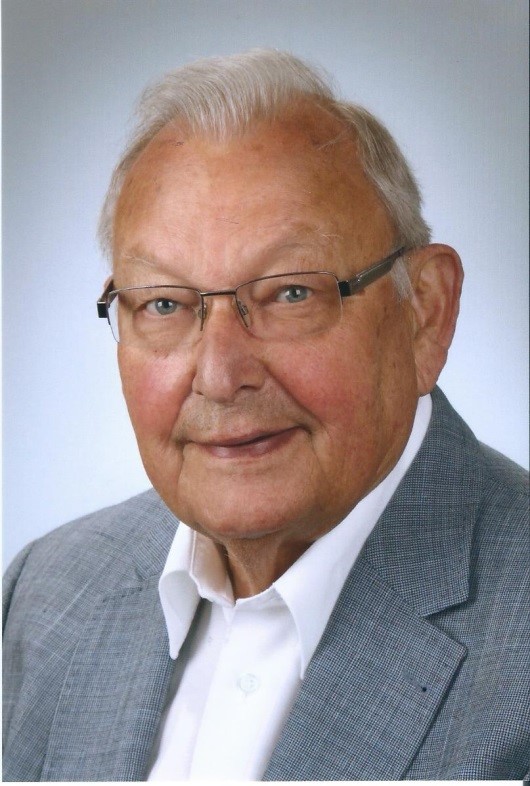 Lauda-Königshofen, December 15, 2022 – In the late evening hours of December 9th, well-known Lauda-Königshöfen entrepreneur Karlheinz Wobser passed away at the Caritas Hospital in Bad Mergentheim at the age of 87. Since the founding of the first measuring instrument factory of LAUDA Dr. R. Wobser KG by his father Dr. Rudolf Wobser, Karlheinz Wobser was the first employee to play a decisive role in establishing and rapidly developing the then young company from the ground up. His profound knowledge of refrigeration technology laid the foundation for the company’s rise to its current position as global market leader. He was an authorized signatory and Technical Director until the death of the company founder in 1977, after which he and his brother Dr. Gerhard Wobser assumed the role of general partners when the company transitioned to a GmbH & Co. KG. Karlheinz Wobser was particularly interested in the innovation of refrigeration systems and improvement of production processes as well as the modernization and expansion of factory facilities. After 46 years of dedicated and successful work for LAUDA, Karlheinz Wobser retired at the end of 2002 at the age of 66.

Born on June 28, 1936, as the first child of Dr. Rudolf and Dorothea Wobser in Dresden, in 1942 he began attending school about 20 kilometers away in Medingen, where his father was given the responsibility of setting up an engineering department in the original chemical company Gebrüder Haake.  After finishing elementary and high school in Dresden, he graduated in 1954 and began studying mechanical engineering at the Technical University of Dresden in the fall, specializing in precision mechanics.

Due to the increasing political pressure in the GDR, his parents made the decision to flee to West Berlin in August 1955. Soon after, the family found accommodation in Schwenningen am Neckar, where they stayed for a short time. Karlheinz Wobser worked as a mechanic in the Wigo factory in Schwenningen until March 1956, whereas the rest of the family had moved to Burlafingen near Neu-Ulm in the meantime. During this time, his father was on a nationwide search for investors and had found a site and potential customers for his own company and met with interest from the city government of Lauda as well as factory owners Erich Widmann and Paul Hagspiel. The measuring instrument factory of LAUDA DR R. Wobser KG was founded on March 1, 1956, and Karlheinz Wobser was the first employee.

For reasons unknown, his admission procedure into the Federal Republic of Germany initially failed and he risked being deported back to the GDR. Fortunately, a few years later he was granted West German citizenship and therefore also received an ID card. The foregoing uncertainties were a major reason why Wobser was not able to resume his studies. However, as one of the original employees, he had also become indispensable in the development of the young company. He attended many courses to learn the theoretical and practical fundamentals of refrigeration technology and developed the first low-temperature thermostats with his father. In doing so, he paved the way for LAUDA's subsequent rise to its current position as global market leader in the industry.

Karlheinz Wobser met his future wife, Gudrun Schüssler from Tauberbischofsheim, in January 1957, and the couple then married in October 1961. They had three children, Andrea (1962), Gabriele (1963) and Ulrike (1964). All three daughters now have their own families and grown children. In addition, two of his daughters still work at the company today. At the beginning of the 1960s, the young company enjoyed a steady upward trend with a newly developed, revolutionary program. More and more employees were hired, and the company went through one construction phase after the other. Karlheinz Wobser played an important part in this as Technical Director and authorized signatory. When the company founder, Dr. Rudolf Wobser, died on 17 June, 1977 at the age of only 66 after a short serious illness, his two sons, Karlheinz Wobser and Dr. Gerhard Wobser, became general partners and later Managing Directors when the company was refounded into a GmbH & Co. KG.

Karlheinz Wobser was particularly interested in the innovation of refrigeration systems and the improvement of production processes as well as the modernization and expansion of factory facilities. After 46 years of dedicated and successful work for LAUDA, he retired at the end of 2002 at the age of 66.  Even after leaving, he showed great interest in the company's further development and attended events organized by the LAUDA Seniors Club. He was presented with the Staufer Medal of the State of Baden-Württemberg in 2006 and the Dr. Rudolf Wobser Medal in 2016 in recognition of his outstanding services to the company and society.

Apart from his work and family, numerous honorary activities have shaped the life of Karlheinz Wobser. He was member of the executive committee of the Sparkasse Tauberfranken bank from 1985 to 2008, a lay commercial judge of the Chamber for Commercial Affairs at Mosbach Regional Court from 1996 to 2004, and a member of the Representatives' Assembly of the AOK health insurance provider for many years. He was also a member of several clubs and had done a great deal for the Lauda tennis club and the Bauland aviation sports club as a long-standing committee member. In addition to flying, his hobbies included playing music on the accordion and keyboard as well as tending his garden. In his later years, he enjoyed playing golf and embarking on river cruises. Unfortunately, worsening health problems prevented him from taking part in these activities to an increasing extent. Nevertheless, he was able to celebrate his 85th birthday with family and many friends in June 2021 as well as his diamond wedding anniversary in October 2021 after 60 years of marriage with his wife Gudrun. In May of this year, he suffered a femoral neck fracture from which it took him a long time to recover. Weakened and struggling with worsening kidney problems, he was hospitalized multiple times and finally passed away on December 9 in the presence of his mourning family. A dedicated entrepreneur and citizen of the city of Lauda-Königshofen is no longer with us.