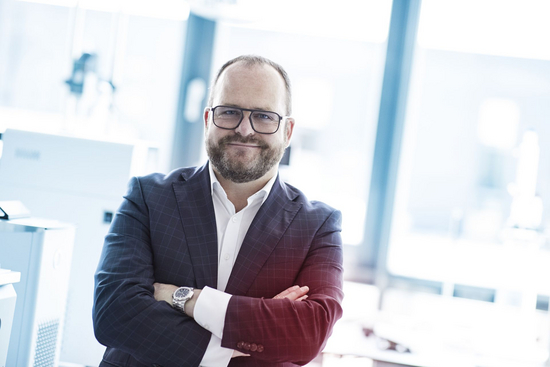 Dr. Gunther Wobser, the President and CEO of LAUDA, celebrates his 50th birthday on September 23, 2020.

We are celebrating a big "O" at LAUDA, the world market leader in temperature control equipment and systems. President and CEO, Dr. Gunther Wobser has reached his half-century. With a degree and doctorate in business administration, he is the third generation of the family to manage the company. With its headquarters in Lauda-Königshofen, LAUDA was founded by his grandfather, Dr. Rudolf Wobser in 1956.

After completing his studies and gaining initial experience in an international corporation, Dr. Gunther Wobser began his career as Head of Marketing in July 1997. He has been managing the temperature control specialist as President and CEO since 2003. Dr. Gunther Wobser shared responsibility with his father, Dr. Gerhard Wobser until 2010. Today he is actively supported by the two managing directors, Dr. Mario Englert and Dr. Marc Stricker.

An important focus of Dr. Gunther Wobser's work is the internationalization of the medium-sized company. He founded the first foreign subsidiary, LAUDA France S.A.R.L., in 2005, and LAUDA has a total of nine sales companies abroad today. In addition to founding new companies, the business administration graduate acquired a total of four companies, three of which are located abroad. With the most recent addition, LAUDA-GFL Gesellschaft für Labortechnik mbH in Burgwedel near Hanover, Dr. Gunther Wobser expanded the LAUDA Group with a fifth production location and supplemented the product range in the key market of laboratories. The company's turnover has grown steadily from around 18 million euros in 1997 to around 92 million euros today. In the same period, the number of employees increased from 180 to 520 today, with more than 100 of them outside Germany. Even in the current challenging times, the largest employer in Lauda-Königshofen is managing without short-time working and continues to hire. The highest number of trainees in the company's history with nine new additions was reported recently. The global family-owned company is known for fair treatment of its qualified employees and enjoys an excellent reputation both regionally and in professional circles.

A leading role in innovation and digitalization

With his current focus on innovation and digitalization, Dr. Gunther Wobser continues to drive the LAUDA success story forward. He ran the company from the Silicon Valley location for one year as of July 2017 and established new.degree, his own innovation laboratory, which is now part of the newly created innovation team in Germany. A facility was also opened in September in the new "Maschinenraum" in Berlin, an innovative collaboration platform for medium-sized businesses. In addition to directing idea management, the tasks include testing ideas outside the core business and co-operating with start-ups, such as the multiple award-winning heating specialist watttron. So it is appropriate that the pioneer has recorded his insights in a book to be published at the Frankfurt Book Fair just in time for his birthday.